Vitamin A: connecting bone and blood 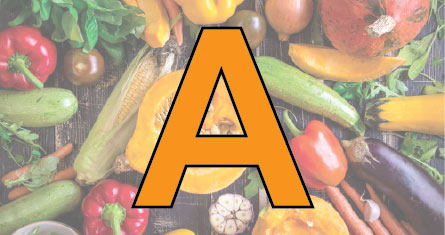 The days of bone being viewed as a static, structural organ are in the past. Bone is now widely recognised as a highly dynamic organ, that among many functions, provides a supportive and nurturing environment for blood cell production, termed haematopoiesis. The bone marrow microenvironment is made up of numerous cell types that all influence each other in different ways in order to meet our body’s needs. One way in which bone and blood cells communicate in the bone marrow is through vitamin A signalling.

Vitamin A, also known as retinoic acid, is widely recognised for its role in vision and development, but also has important functions in post-natal bone growth and blood cell production. In bone, high and low levels of vitamin A have been linked to poor skeletal health and fractures – so it appears that balance is key. This also holds true in fracture healing, where vitamin A excess or deficiency impairs bone repair. The most successful therapeutic strategy targeting retinoic acid signalling in bone has been the development of an antagonist of retinoic acid receptor 𝛾(RAR𝛾- a retinoic acid receptor that mediates the effect of retinoids in cells), which is in clinical trials for the prevention of heterotopic ossification in fibrodysplasia ossificans progressiva. Whether retinoids have a role in the treatment of other bone diseases, however, remains to be identified.

Just over 10 years ago, retinoids were also discovered to have extrinsic (as well as intrinsic) roles in regulating haematopoiesis. But this raised the question: which cell or cells in the microenvironment are supporting haematopoiesis through retinoid signalling?

In our study published in the Journal of Bone and Mineral Research, we conditionally deleted retinoic acid receptor g(RARgin different cells of the microenvironment to find out which cells regulate bone and blood cell production through RARg

As regulators of B cell differentiation, we expected osteoblasts to be a likely candidate. However, when we conditionally deleted RARgin Osterix-Cre-targeted osteoprogenitor cells, none of the bone or blood defects observed in global RARgknockout mice were recapitulated.

We still believed that cells in the mesenchymal lineage were likely to be involved, so we next deleted RARgin Prrx1-Cre-targeted mesenchymal stem cells (MSCs) – and this is where the study became especially interesting. These mice had increased osteoclast numbers and reduced trabecular bone mass, which was very similar to the phenotype in globalRARgknockout mice. These mice also had elevated numbers of B cell precursors in the bone marrow. This was explained by an increase in expression of Cxcl12 in the bone marrow, a chemokine that supports early B cell differentiation. The increase in B cell precursors was somewhat surprising to us, as this is the opposite of what we observed in global RARgknockout mice and in mice with deletion of RARgin Nestin-Cre-targeted MSCs), which both had reduced cell numbers in the B cell lineage. It appears likely that different cells in the microenvironment either positively or negatively support B cell differentiation.

While we were initially interested in the effects on blood and bone, we also found increased levels of Vegfa in the bone marrow coming from megakaryocytes (large cells that give rise to platelets). Vegfa plays an important role in the formation of blood vessels, and indeed our mice with RARgdeleted in Prrx1-Cre MSCs had an increased number of sinusoidal vessels, which were more constricted than control mice. Of course, Vegfa is also a regulator of osteoclastogenesis and resorption, and it appears that these processes are linked resulting in the diverse abnormal phenotypes in our mice.

Ultimately, this study gave us a piece of the bone microenvironment puzzle, implicating RARgas a central regulator of bone mass, haematopoeisis and vessel formation. While this has significantly enhanced our understanding we are only just beginning to understand the extrinsic roles of retinoid signalling in the microenvironment, and there are many more cell types to investigate.

These findings are described in the article entitled “Retinoic Acid Receptor γ Activity in Mesenchymal Stem Cells Regulates Endochondral Bone, Angiogenesis, and B Lymphopoiesis” published in Journal of Bone and Mineral Research. This work was conducted by Alanna C Green (currently at The Department of Oncology and Metabolism, The University of Sheffield Medical School and The Mellanby Centre for Bone Research, Sheffield, UK), Victoria Rudolph‐Stringer, Lenny Straszkowski,  Gavin Tjin,  Blessing Crimeen‐Irwin, Mannu Walia,  Thomas John Martin,  Natalie A Sims and  Louise E Purton from St Vincent’s Institute of Medical Research and The University of Melbourne. The research was funded by the National Health and Medical Research Council and the Operational Infrastructure Support Program from the Victorian Government.