Bone mineral density could track from childhood to young adulthood 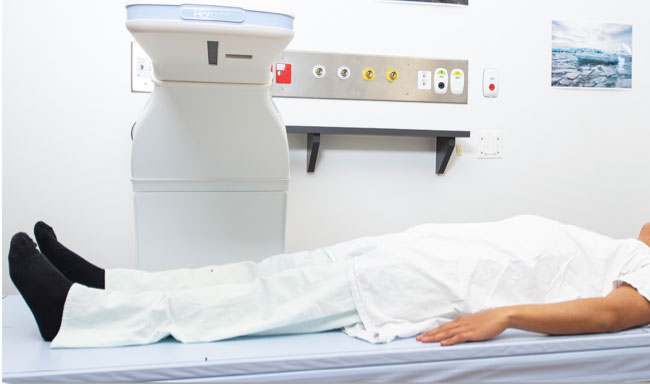 Peak bone mass (PBM) is an important predictor of osteoporotic fracture. The timing of PBM varies by skeletal site, but studies suggest that it is achieved in our late 20s or early 30s. Identifying low PBM and taking interventions to improve PBM at an early age is an important strategy to prevent the development of osteoporosis later in life.

Our previous study found that bone mineral density (BMD) is likely to track from childhood to adolescence, that is, individuals would maintain their ranked positions within the distribution of a studied cohort over time. Moreover, tracking of BMD was also reported from young to middle and old adulthood. However, whether BMD tracks from childhood to young adulthood, when PBM is achieved, is unknown.

In our study published in Journal of Bone and Mineral Research, we conducted a 17-year longitudinal study to evaluate whether BMD tracks from age 8 to 25 years and to identify factors associated with deviation from tracking. Participants were from a birth cohort who had high-risk of Sudden Infant Death Syndrome in Southern Tasmania in 1988 and 1989.  There were 99 participants followed from 8 to 25 years old and 197 from 16 to 25 years old in the current study. The main outcomes were BMD at the total body, spine and hip at ages 8, 16 and 25 years measured by dual-energy X-ray absorptiometry (DXA). Other measurements included anthropometrics, history of being breastfed, sports participation, physical work capacity, lean mass and fat mass.

In the analysis, we ranked participants by tertiles of BMD at each time point (tertile 1 means the lowest ranking). To show the degree of movement between follow-up points, we compared the tertiles of participants at ages 8 and 25 years and ages 16 and 25 years. A positive deviation of tracking was defined as if an individual moved from a lower to a higher tertile (i.e., 1 to 2/3 or 2 to 3) or remained in tertile 3.

During the 17-year follow-up, we found a moderate to strong tracking for total body, spine and hip BMD from 8 to 25 years of age and strong tracking from 16 to 25 years of age, after adjusting for the change in body size. We also observed that the tracking was largely independent of linear growth and the associations were stronger between age 16 and 25 years. These results suggest less potential to improve BMD after age 16 as it only slightly deviates between this age and 25. However, there is much more deviation between age 8 and 25 suggesting early intervention is more likely to have a beneficial effect. Moreover, the tracking of BMD in females was slightly stronger than males. The reason for this is uncertain, but it might be caused by differences in sex hormones, pubertal maturation, physical activity and the contributions of these factors to the bone mineralization.

We also found that improving lean mass in both sexes and increasing physical work capacity and sports participation in males was beneficially associated with the deviation from tracking. This provides important information for developing effective interventions. Thus, our study may help to reduce the substantial public health issue of osteoporosis, by supporting the development of prevention strategies at an earlier stage of life.

Our findings are reported in the article entitled “Tracking of Areal Bone Mineral Density From Age Eight to Young Adulthood and Factors Associated With Deviation From Tracking: A 17-Year Prospective Cohort Study” in Journal of Bone and Mineral Research . This work was conducted by Yi Yang, Feitong Wu, Tania Winzenberg and Graeme Jones from Menzies Institute for Medical Research, University of Tasmania and supported by National Health and Medical Research Council. All authors would like to thank all staff and participants involved in this study.