Who’s the villain in nutritional rickets? 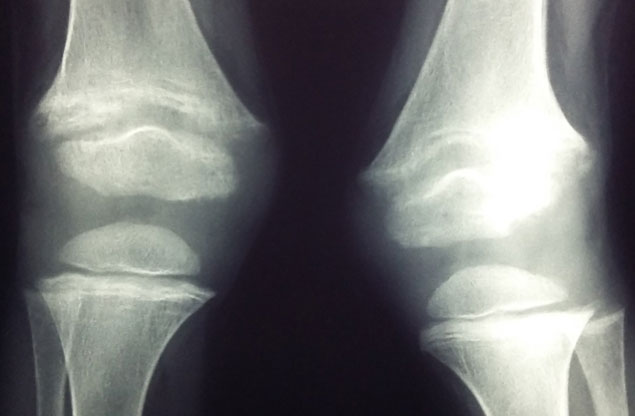 Our recent review in Bone Reports (https://doi.org/10.1016/j.bonr.2018.01.005)  addressed the following key question on nutritional rickets: “Is it calcium or vitamin D deficiency (or both) that play the major role in the pathogenesis of the disease?”  The case presentation in this review highlighted the importance of this question by describing a 4-year old black African boy from Johannesburg, South Africa (latitude 26° S) with clinical, radiological and biochemical evidence of nutritional rickets. The patient had a change in his walking pattern over the previous year and the parents had noted deformities of the lower limbs developing during the third year of life. He was from a low socioeconomic background and spent most of his time indoors. The infant received vitamin D fortified formula feeds up to 6 months of age. On ceasing formula feeds, his total dietary calcium intake was estimated to be <200mg/d. He was stunted  and had a valgus deformity of the knees, but no other obvious clinical features of rickets. The Thacher rickets severity score was mild and his biochemical findings were suggestive of calciopenic rickets with raised PTH and 1,25 dihydroxyvitamin D (1,25(OH)2D) levels and a low 25 hydroxyvitamin D (25(OH)D) concentration. The patient was commenced on vitamin D and calcium carbonate therapy.

This review emphasises that “a combination of associated risk factors resulting in both vitamin D and dietary calcium deficiency can be accountable for the presentation of nutritional rickets in children residing in different countries worldwide with diverse cultural backgrounds”.

We concluded that the important biochemical clues to underlying dietary calcium deficiency will be a low serum calcium, high 1,25(OH)2D and concomitant low-normal vitamin D status, whereas untreated vitamin D deficiency rickets will be associated with deficient 25(OH)D levels (generally <25nmol/L). Thus, it is highly recommended that the global consensus recommendations for the management and treatment of nutritional rickets especially in resource-constrained settings and in at-risk populations be followed; which entails an intake of at least 500mg of calcium per day and age related doses of vitamin D therapy (https://doi.org/10.1210/jc.2015-2175).

This case report and review of the literature on nutritional rickets was published in Bone Reports and the article was entitled “The roles of vitamin D and dietary calcium in nutritional rickets“ (https://doi.org/10.1016/j.bonr.2018.01.005). We, the authors, are Kebashni Thandrayen and John M Pettifor from Department of Paediatrics, Chris Hani Baragwanath Academic hospital and the Faculty of Health Sciences, University of the Witwatersrand; and we were invited to write the review thus no funding was required. We have no conflict of interest to declare.

University of the Witwatersrand, South Africa.