Osteocytic PTHrP: a local regulator of bone mass and strength 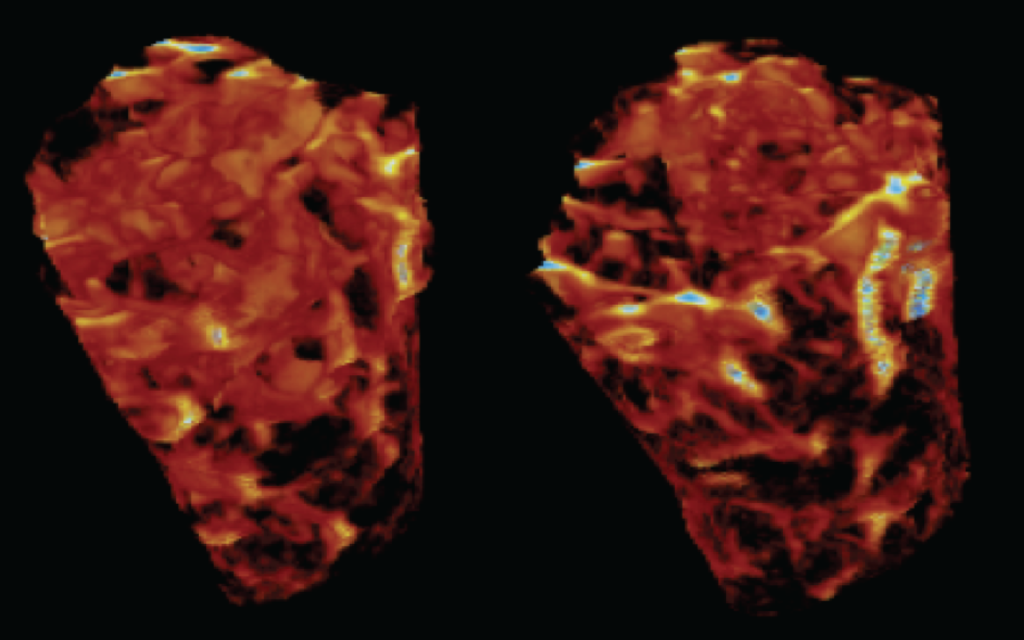 Osteocytes are the most abundant cell type in the skeleton, comprising 90-95% of all bone cells, a total of  approximately 42 billion in the adult human skeleton. For many years, they were considered as inactive bone cells captured in the bone matrix, but we now know they have a central role in mechanosensation and control of bone mass and strength through the release of factors that act on nearby osteocytes and surface osteoblasts. Targeting these factors has become a novel therapeutic strategy for treatment of osteoporosis and related disorders.

Parathyroid hormone-related protein (PTHrP) acts through the same receptor as parathyroid hormone (PTH) due to structural similarities in its N-terminal domain. However, unlike PTH, it is produced and acts locally in many tissues, including bone, and contains multiple functional domains capable of signalling through receptor-independent actions. Mice with conditional deletion of PTHrP (gene: Pthlh) in the osteoblast lineage, Col1(2.3kb)Cre.Pthlhf/f mice showed an osteopenic phenotype, and low bone formation levels by the age of 6 weeks, suggesting a paracrine role for osteoblast lineage-derived PTHrP in promoting bone formation during growth. Since PTHrP is also expressed in osteocytes, we sought to determine the role of osteocytic PTHrP in bone.

In our study published in the Journal of Bone and Mineral Research, we identified the nature of osteocyte-secreted PTHrP. Our results showed that Ocy454 osteocytic cells release full length PTHrP, but not  shorter N-terminal peptides capable of acting on the parathyroid hormone 1 receptor (PTHR1). This is the first time that PTHrP peptide secretion from osteoblast lineage cells has been described in detail, which is highly important because N-terminal PTHrP fragments are often studied and presented as the physiologically active form.

To study the role of osteocytic PTHrP, we used shRNA knockdown in the Ocy454 osteocyte cell line. Knockdown of Pthlh increased osteocyte markers and reduced osteoblast markers in Ocy454 cells. Undifferentiated Pthlh knockdown cells also had lower levels of cAMP compared to vector control cells. These results showed that PTHrP acts as an autocrine/paracrine factor in osteocytes to regulate osteoblast differentiation and mineralisation.

The phenotype that we observed of lower trabecular bone mass in Dmp1Cre.Pthlhf/f mice contrasted with the reported phenotype of mice with deletion of PTHR1 in osteocytes, one of high trabecular bone mass. This suggests that, in addition to PTHR1-mediated activities of PTHrP, some osteocyte-derived PTHrP actions may be independent of PTHR1, likely due to the release of full-length PTHrP (which contains other signalling domains) by osteocytes.

We conclude that osteocytes release full length PTHrP, and this acts in an autocrine/paracrine manner to maintain normal gene expression by osteocytes. Endogenous osteocytic PTHrP also maintains trabecular bone mass and strength in adults by promoting bone formation and mineralisation, similar to anabolic functions of pharmacological PTH. Understanding whether patients with skeletal fragility have altered osteocytic control of bone mineral might lead to development of a new class of drugs that could target bone material quality to reduce fracture risk. PTHrP, or the pathways that it influences in osteocytes might be useful candidates to consider for this aim.

These findings are described in the article entitled “Autocrine and Paracrine Regulation of the Murine Skeleton by Osteocyte-Derived Parathyroid Hormone-Related Protein” published in the Journal of Bone and Mineral Research. This work was conducted by Niloufar Ansari, Patricia WM Ho, Blessing Crimeen-Irwin, Ingrid J Poulton, Jonathan H Gooi, T John Martin, and Natalie A Sims from St Vincent’s Institute of Medical Research and The University of Melbourne, in collaboration with Athena R Brunt, and Mark R Forwood from Griffith University and Paola Divieti Pajevic from Boston University. This research was partially supported by the National Health and Medical Research Council and the Victorian Government’s Operational Infrastructure Support Programme.