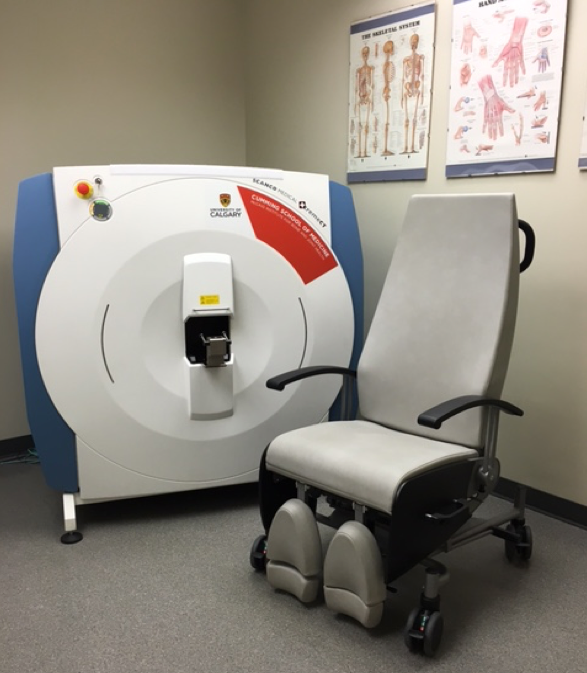 Our study published in JAMA explored the dose-response effects of daily vitamin D supplementation on bone mineral density and bone strength in healthy community-dwelling adults over three years. At baseline, most participants had sufficient vitamin D levels (using 30 nmol/L as cut-off). We expected to find a higher dose of vitamin D would have a positive effect on bone. Individuals in our study received either 400 IU, consistent with the amount found in multivitamins; or 4000 IU, known as the current tolerable upper intake level; or 10000 IU, the amount some researchers suggest could be the increased tolerable upper intake level.

Surprisingly, our study revealed a negative dose-response relationship in total volumetric bone mineral density, in that we found a greater loss of bone density with increasing doses of vitamin D supplementation. Specifically, at the distal tibia, total volumetric bone mineral density decreased over the three-year period by 1.4% in the 400 IU group, 2.6% in the 4000 IU group and 3.6% in the 10000 IU group. At the distal radius, total volumetric bone mineral density decreased by 0.4% (400 IU), 1.0% (4000 IU), and 1.7% (10 000 IU) over three years. It is normal for individuals to lose bone as they age, and the normal rate of bone loss is approximately 1.0% per year. While participants in our study lost bone over the study duration, bone loss was within the normal rate based on previous research. Bone strength decreased over the three-year study period; however, there were no differences between groups. In addition, there were no between group differences in bone fragility fracture rates in our study. Participants in one group were not more likely to fracture than those in another group.

A dose-response effect was observed for hypercalciuria and hypercalcemia. Participants taking higher doses of vitamin D were more likely to develop high calcium levels, particularly in the urine, compared to those receiving a lower daily dose. All episodes of hypercalcemia were mild and resolved when calcium intake was reduced.

Our study found high dose vitamin D does not improve bone density or strength in vitamin D sufficient, non-osteoporotic individuals. For bone maintenance in healthy community-dwelling adults, 400 IU of daily vitamin D is a reasonable dose. Doses at or above the tolerable upper intake level (4000 IU) may not be advisable in adults with good bone health. Moreover, vitamin D levels were significantly increased after intervention (e.g., mean=200 nmol/L after 18 months in the 10000 IU group), which might be unnecessary for improving bone health. It is important to remember the participants in our study had healthy bones and adequate levels of vitamin D at study initiation. It would be interesting to identify whether different results are observed in osteoporotic or vitamin D deficient individuals (e.g., nursing home residents and highly-pigmented individuals, populations where deficiency is commonly observed). Further research is also needed to determine whether high-dose vitamin D is harmful.