Lipocalin 2: a new member of an expanding family of skeleton-derived regulators of energy metabolism 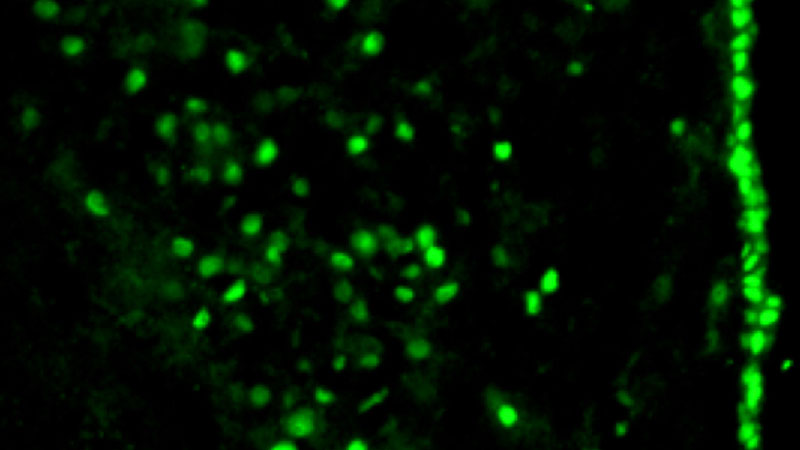 The traditional view of bone as a static organ solely providing support for internal organs and a mineral reservoir allowing locomotion has long being revised. An increasing number of additional functions, unrelated to the classical bone structural functions have been identified that range from regulation of energy metabolism, muscle adaptation to exercise, to brain function and cognition and male fertility. Even though, seemingly unrelated at first glance, all these functions seem to fulfill the same goal. The better adaptation of the organism to increased energy demands and environmental stressors.

The endocrine nature of bone was first uncovered through the identification of osteocalcin, an osteoblast-specific hormone, that when activated and released from the extracellular matrix it can act on distal organs, such as pancreas, muscle and brain to regulate their function. Subsequently the most probable question was raised. Is osteocalcin the only bone-derived hormone?

In our study that is published in Nature, we identified Lipocalin 2 as a new member of an expanding family of skeleton-derived regulators of glucose metabolism and body weight. Lipocalin 2 (LCN2) is well described for its role in the innate immune system and its use as a biomarker for acute kidney injury. However, its function or expression in bone at this point had not yet being tested.

In our system, we observed that LCN2 is predominantly expressed in the skeleton. Intrigued by this observation, we generated mice lacking LCN2 specifically in osteoblasts to study its function. Mice with osteoblast specific deletion of LCN2 had impaired energy metabolism characterized by increased fat mass and body weight, increased food intake up to 16% as of wild type control, glucose intolerance and insulin resistance, decreased circulating insulin levels, decreased islet number and size, and decreased β-cell mass and β-cell proliferation. The increase in body weight, fat mass and insulin resistance are due to hyperphagia, whereas the compromise in serum insulin levels, insulin secretion and glucose intolerance are due to additional direct effects of LCN2 on pancreatic cells.

More interestingly, and further substantiating a physiological role of LCN2 in the regulation of food intake, circulating LCN2 levels increased following feeding both in mice and humans and this increase is required for suppression of food intake in mice. This was found to be at least in part due to its ability to cross the blood barrier in mice and subsequently accumulate in the paraventricular nucleus of the hypothalamus where it binds with high affinity the melanocortin receptor 4 and activates the well-established downstream anorexigenic pathway. This observation highlights the powerful interplay between bone and brain and provides a feedback mechanism to the well-established central control of bone mass consisting mainly of hypothalamic pathways regulating feeding, wherein bone in turn senses nutrient availability and communicates this information to the brain.

Besides LCN2, the involvement of additional bone-secreted factors regulating food intake was later on suggested by deletion of furin in osteoblasts further reinforcing the involvement of bone in food intake control. Combined these studies reveal novel pathways for food intake regulation, opening thus new opportunities for therapeutic interventions for obesity, a world-wide epidemic, as well as its wide range of comorbidities, including cardiovascular and bone disease.

Given the high energy needs of the skeleton and its dependency on the energetic status of the whole organism for bone modeling and remodeling, the ability of the skeleton to regulate whole bone energy metabolism and subsequently its own development, maintenance and functions by secreting hormones such as osteocalcin and LCN2 is not a surprise.

Even though much more studies are needed, the regulation of food intake by the skeleton through these bone derived factors, further expands our understanding of bone endocrine functions, clearly showing that the list of functions regulated by osteoblasts and the responsible osteokines is not yet complete.