Osteogenic effects of resistance versus impact-loading training in young women: The OPTIMA-Ex trial 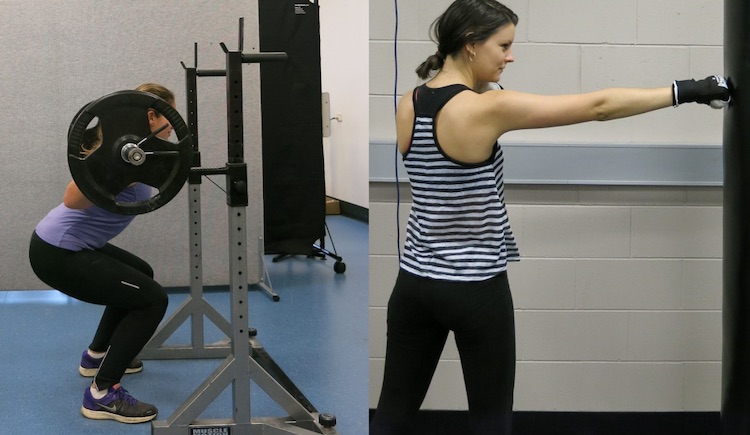 It is well accepted that the bone response to physical activity is highly dependent on the nature of the exercise. Despite this, few studies have directly compared the effect of impact-style exercise (predominantly gravity-derived loading of bone) and resistance training (predominantly muscle-derived loading of bone) on bone geometry and strength. Also, few trials have examined the effects of bone-targeted exercise interventions on bone mass and strength parameters of the upper and lower limbs in young adult women using two-dimensional (DXA) and three-dimensional peripheral quantitative computed tomography (pQCT) imaging modalities.

Our study, published in Bone, was the first to explore the site-specific effects of different exercise modalities (impact versus resistance training) on bone parameters in young adult women. We compared the effects of two twice-weekly supervised exercise modalities over 10 months (high-impact loading vs. high-intensity resistance training) on bone mass, geometry and strength of both the upper (radius) and lower limbs (femoral neck and tibia) of young physically inactive women with lower than average bone mass.

Our study found that the two exercise modalities provided differing site-specific effects on bone mass and indices of bone strength in both the upper and lower limbs in young adult women with below average bone mass, likely due to localised adaptation in bone structure and distribution at the sites subjected to the greatest strain. Findings indicated that IT (predominantly gravity-derived loading) evoked greater improvements at distal sites of both the radius and tibia, while RT (predominantly muscle-derived loading) appeared to have a greater effect on the shafts of the radius and tibia, and at the femoral neck. Overall, this suggests that IT may improve indices of bone strength in the distal ends of upper and lower limb long bones, likely as this is the location of the greatest mechanical load (i.e. closest to the site of impact during punching and jump landings). By contrast, RT may exert greater effects on cortical bone in the proximal femur and the shafts of long bones of the upper and lower limbs due to muscle contraction subjecting bone to bending forces. It is important to remember that the participants in our study were both on and off hormonal contraceptives, and the sample size was relatively low, thus further investigations will help clarify the mechanisms underpinning bone adaptation in this population.