Cannabinoids and cancer: when it comes to solid versus liquid tumours - it’s complicated! 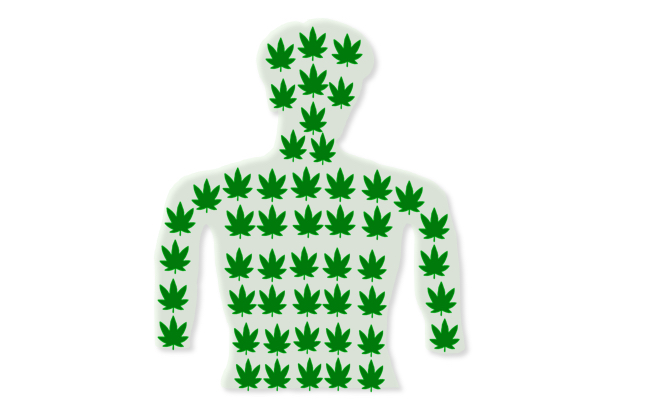 Many ingredients of the plant Cannabis sativa reduce tumour growth in animal models, and in particular, the psychoactive tetrahydrocannabinol (THC) has been found to mitigate side effects of chemotherapy in cancer patients. The human body naturally produces cannabis-like substances, called endogenous cannabinoids (endocannabinoids), and two recent preclinical studies from our laboratory at the University of Sheffield (England, UK) have shown that boosting the body’s own endocannabinoids in mice affects the growth of solid and blood (also known as haematological or liquid) tumours, differently.

In our most recent study published in the bone journal CTI, we reported the results from an experiment in which mice suffering from the blood cancer multiple myeloma were treated with a drug that inhibits the action of an enzyme, called monoacylglycerol lipase (MAGL). The administration of MAGL inhibitors such as JZL184, which we used in our study, are known to boost the levels of endocannabinoids in mouse brain and peripheral tissues.

In our experiment, we observed that the MAGL inhibitor JZL184 had no effect on the number of myeloma cells or the size of tumour in mouse bone marrow when compared to control animals. Furthermore, JZL184 failed to reduce the growth of multiple myeloma cells in other organs, particularly the spleen. Similarly, exposure of various mouse and human multiple myeloma cells to JZL184 in a Petri dish failed to exert a significant effect on cell survival. Collectively, these animal and Petri dish experiments suggest that increasing the level of host- and tumour-derived endocannabinoids by MAGL inhibition does not alter tumour growth in multiple myeloma.

These findings are important because they have led us to tentatively conclude that drugs that act by boosting the activity of the endocannabinoid system may exert different effects on solid and liquid malignancies, particularly multiple myeloma. Support for this hypothesis comes from the findings of our most recent study in mouse models of multiple myeloma and previous reports from our laboratory and others that demonstrated that treatment of mice bearing solid tumours that originated in prostate, breast and bone with JZL184 exerted significant anti-tumour effects. If proven, this will limit the usefulness of MAGL inhibitors for the treatment of cancer. However, our hypothesis warrants further investigation.

Multiple myeloma causes excessive bone loss and damage in animal models and patients. Another important observation from our most recent study was that administration JZL184 did not protect mice against multiple myeloma-related bone loss. In broad agreement with these findings, we have previously reported that healthy mice that were given JZL184 exhibited significant bone loss. This effect was diminished in mice engineered to lack cannabinoid receptors (the proteins in a cell membrane, which respond specifically to cannabinoids), confirming the involvement of the endocannabinoid system in bone.

What is fascinating about these observations is that they collectively suggest that boosting the levels of the body’s own cannabinoids system by MAGL inhibition causes bone loss. The findings also led us to conclude that the bone preservation by the MAGL inhibitor JZL184 that was observed in mice bearing solid tumours was a consequence of diminished tumour growth in the bone marrow rather than direct inhibition of excessive bone cell activity. A plausible hypothesis that certainly needs further investigation.

Another issue of equal importance — but unfortunately was not investigated in our studies — is whether boosting the levels of the body’s own cannabinoids by MAGL inhibition can reduce cancer-related bone pain in mice, and if yes, does treatment with a MAGL inhibitor provide better pain relief than the psychoactive THC These key animal experiments await changes in UK cannabis policy.